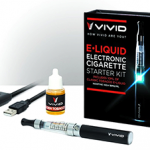 Hello, my name is Dan, My vaping journey began around 3-4 months ago when I first bought a vivid starter kit. I was a smoker for over 7 years and decided it was time to quit as I had breathing problems and couldn’t walk far without wheezing, I did use cigalikes now and then before I purchased this starter kit but I didn’t like them as they made me cough so I decided to purchase one of these to see if it was any better, but I was soon disappointed. 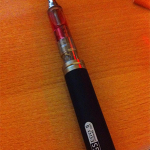 A couple weeks later I went into Simcigs my local vape shop asking for a more powerful battery, explaining what I was looking for to Eric he picked out a aspire k1 tank and an ego 2 battery.

I fell in love with it straight away and started to research vaping and see what other options was out there I even started my own Youtube channel The Vape Room and reviewed my new setup, after using my new vape pen for a while I started to feel much better, I started breathing properly again and could play football for longer periods of time. 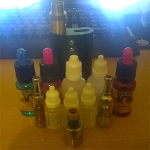 After owning this setup for a week I managed to convince my dad to purchase me a nautilus mini until I got paid later that month, he went into Simcigs to quit smoking as well and I helped him pick what’s best for him.

Then suddenly it was pay day and I went into Simcigs and bought my first mod, dripper and a bunch of e liquid. 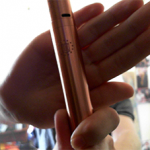 I bought a vaporflask clone and a doge rda, I quickly started building coils and tried blowing clouds and spent most of my days hanging out in Simcigs making friends with Eric and Sam, they helped me out so much with all my questions. I made the big leap into dripping and I was so amazed with the flavour and vapour production.

Then I met Paul from Vaping World and started talking all about Youtube, drippers, mods and vaping, he soon invited me to join the group on Facebook Vaping World. I was first greeted by Rachel then Terry then Tim and Daniel, these are the admins from the group and i soon became friends with them and many other people from the group.

For one of the first times in my life I felt like I belonged and it felt like home.

Payday soon came again and I bought some new vaping gear and liquids.

I started making dual coils with 23g kanthal wire and fell in love with the vapour production. 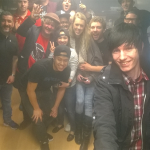 The people from Vaping World organised a meet up in a vape shop in London called Smokium and it was one of the best days in my life.

I made a few more friends and had a amazing time, everyone was so friendly and answered all my questions, I learned a lot that day and I would love to go again.

Now it’s the 13th of June and i have so much knowledge of vaping, I feel so much healthier, I have started cloud chasing, I have loads of new friends and I think vaping has really changed my life so much I am so much happier now.

Vaping also helps me deal with my autism, depression and anxiety. By giving me lots of friends and a much healthier lifestyle. 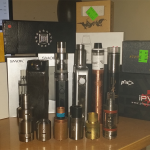 This is my collection now.

Vaping is a big part of my life now it’s a much healthier alternative to smoking and it’s really fun.

2 thoughts on “My Vaping Journey by Dan Buckler”