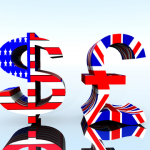 At the moment each week seems to bring different news and different views on the world of vaping and electronic cigarettes. The media is awash with scare stories and unsubstantiated reports and while this is something that the industry has had to cope with for many years now, it has recently begun to reach a new crescendo. The fact is that the vaping community and politicians simply do not mix for a number of reasons.

Suspicion and intrigue seem to follow critics of the electronic cigarette industry everywhere they go and while some may suggest many of these arguments are valid, how many are actually substantiated by facts?

Is it all about the money?

Whether we like it or not there is no doubt that tobacco tax income has bailed out many governments around the world bringing in billions upon billions of dollars year-on-year. This is fact, this is ongoing and in these times of serious austerity would you as a politician agree to wipe out this enormous income stream and put your political career on the line?

In the rush to protect their enormous income streams there is a growing opinion that politicians are looking too short-term and not appreciating the long-term implications of increased electronic cigarette use. At this point it is worth noting that all responsible electronic cigarette manufacturers and retailers readily admit that further long-term health trials are required. Despite the fact that all ingredients in an electronic cigarette/vaping device are already commonplace in many other products there is still a need to clarify any potential long-term issues.

There is no doubt that the billions of dollars in tax which tobacco products bring to governments around the world are very useful. However, can you imagine the potentially enormous savings on public service spending in areas such as health care currently afforded to those with alleged tobacco related medical conditions? Again, if you sit back and consider how many working days are lost by economies around the world due to health issues allegedly brought on by tobacco cigarettes, there must be billions upon billions of dollars of savings to be made? We have yet to see a thorough and informative review of potential cost savings in the medium to long term and instead politicians and critics of electronic cigarettes continue to concentrate on the short-term.

Unfortunately from a very early stage it became apparent that the vaping community and politicians/regulators would be at loggerheads for many years to come. Indeed a number of arguments targeting the vaping community have already been blown out of the water such as suggestions that manufacturers were targeting young children. Recently we also saw the Office for National Statistics (ONS) in the UK confirm that less than one in 300 electronic cigarette users had never used a tobacco cigarette in their life. This smashed one of the “favoured” arguments from politicians, the idea that electronic cigarettes were in some way a gateway back to tobacco cigarettes.

Would the vaping community be in a different position today if it was not for politicians and tobacco tax income?

See OkayCigs in the Directory here to learn more about our company.